Housing prices in London have fallen once again for the fifth quarter in a row. The average cost of a London home dropped 0.7% in the third quarter, following a 1.9% drop in the second quarter. Despite lower housing costs, however, property in the capital remains expensive, with housing costing over twice the national average for buy-to-let investors. 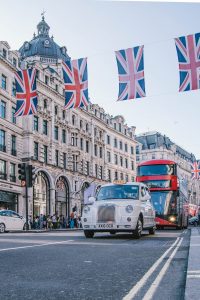 Why Prices are Falling

Despite falling housing prices, purchasing property within London’s city limit is still expensive. With the average price of a home in the capital at £468,544, many investors simply can’t afford the initial down payment to purchase London property. Without enough demand for expensive housing, prices are bound to continue dropping.

Concern about the impact of Brexit when it takes effect in March of next year is also affecting the housing market. New investors are hesitant to purchase new property in the wake of potential financial ramifications of leaving the EU, especially international buyers. Many are also waiting to take advantage of an expected drop in housing prices following the the initiation of Brexit. According to Mark Carney, governor of the Bank of England, a no-deal Brexit could cut as much as 35% off house prices.

Stamp duty is another consideration for many buy-to-let investors. A higher rate on second homes has deterred many property owners from purchasing homes in the city. Investors may owe as much as 13% stamp duty on a second property depending on the initial price of the house.

According to Robert Gardner, Nationwide’s chief economist, a slump in the housing market is to be expected after the London housing market’s previous period of growth. Gardner states: “Subdued economic activity and ongoing pressure on household budgets is likely to continue to exert a modest drag on housing market activity and house price growth this year, though borrowing costs are likely to remain low.” He continues, “Much will depend on how broader economic conditions evolve, especially in the labour market, but also with respect to interest rates.” Indeed, the Bank of England raised interest rates this past August for the second time since the financial crisis, to 0.75%.

Theresa May has laid out plans to tackle the housing crisis by imposing a levy on foreign homeowners living within the UK. The extra revenue is expected to keep the London housing market afloat and prevent a crash in the near future. By taking active steps to address the problem now, the UK government hopes to stabilise housing prices in London and the surrounding areas as Brexit becomes a reality.